Bitcoin Cash – what is it and is it worth? | CoinCasso Exchange

Bitcoin Cash – what is it and is it worth? 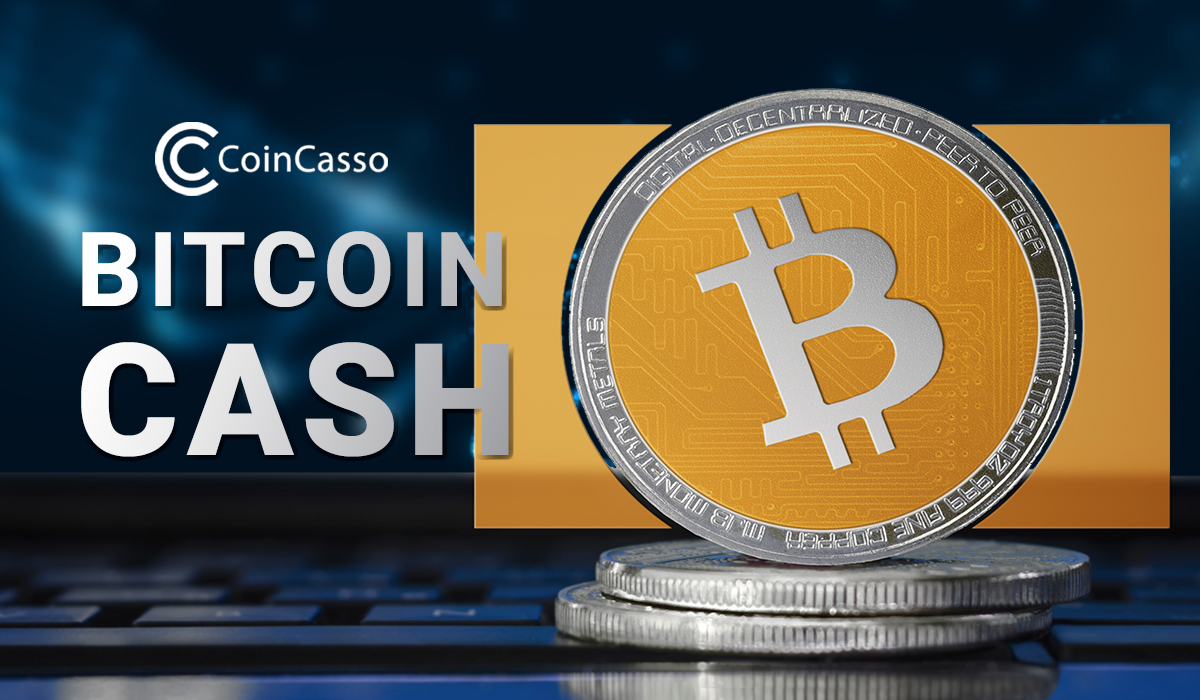 Do you want to know what Bitcoin Cash is? What are the differences between Bitcoin and Bitcoin Cash? Or maybe you are looking for information about the BCH course? You couldn’t find better. In this article you will learn everything about Bitcoin Cash.

Bitcoin Cash – what is it?

There are several thousand virtual coins in the crypto world. The most popular are Bitcoin, Ethereum, Lisk, Dash and Bitcoin Cash. What is Bitcoin Cash? It is a cryptocurrency created in August 2017 as a result of hard fork Bitcoin. Bitcoin Cash increases the size of the blocks so it can process more transactions. Bitcoin Cash is electronic peer-to-peer money. It is a decentralised crypto, which does not require trusted third parties such as the state or the central bank to operate. Bitcoin Cash is an interesting alternative to Bitcoin. With Bitcoin Cash you can send money to any place in the world, 24 hours a day, 365 days a year. In the case of both Bitcoin Cash and other cryptocurrencies, there are no restrictions.

In the crypto industry, it is common to say that bank deposits are safe to the extent that political leaders and states decide on them. Unfortunately, banks have a lot of freedom to freeze accounts and hinder access to their own funds. Banks can also decide to block transactions, charge fees or close accounts without warning. Bitcoin Cash, on the other hand, provides full, sovereign control over your own funds, which you can access from anywhere in the world.

As with Bitcoin, the Bitcoin Cash protocol guarantees that there will never be more than 21 million coins. Governments constantly print money, infinitely increasing supply and devaluing everyone’s savings. Bitcoin Cash has a constant supply and therefore represents solid money.

What are the advantages of using Bitcoin Cash? BCH offers more privacy than traditional FIAT currencies and payment systems such as bank transfers and credit card payments. This is because apart from the BCH owner himself, no one else knows who the BCH address belongs to. Bitcoin Cash offers different levels of privacy depending on how it is used.

Bitcoin Cash was created to return to the values that originally accompanied the Bitcoin. According to industry members, over the years Bitcoin had less and less in common with the vision of Satoshi Nakamoto, the founder of BTC. On the other hand, the development of Bitcoin Cash was hampered by various individuals, organizations and companies involved in the development of the Bitcoin protocol. As a result, according to many traders, Bitcoin is now useless as money due to the increasingly higher transaction fees and transfer times that last from hours to days. All this is because the Bitcoin blocks are full.

Bitcoin Cash supporters insisted on increasing the size of the block, but this was met with resistance from Bitcoin followers. From its inception until July 2017, bitcoin money was based on a set of rules for this crypto. However, in the end, a group of cryptocurrencies activists, investors, entrepreneurs, developers and miners were dissatisfied with Bitcoin’s proposed SegWit improvement plans to increase productivity. For this reason, hard fork was pushed through, resulting in the creation of the BCH cryptocurrency. The proposed split included a plan to increase the number of transactions that its book can process by increasing the block size limit to eight megabytes.

In July 2017 the mining pool Via BTC proposed the name Bitcoin Cash. Fork entered into force on 1 August 2017. As a result, the Bitcoin blockchain was divided into two parts and Bitcoin Cash was created.

On November 15, 2018 the hard fork of the Bitcoin Cash chain came into being. This is how Bitcoin SV was created.

At the time of its creation in August 2017, crypto prices reached $200. Already in December, BCH reached ATH (All Time High, highest level) 4300 USD. Already in January, the price fell to 2600 USD, and later, during the general recession on the crypto market, to 700 USD and lower. After BCH’s hard cash fork and the creation of Bitcoin SV, Bitcoin Cash saw its price drop to 75 USD. Historically, this is the lowest BCH price.

From the very beginning of Bitcoin’s uprising there was a problem with the scalability of this crypto. BTC transactions are processed, verified and stored in a blockchain. Blockchain is a revolutionary technology for recording data. It makes the records of money transfers much more difficult to manipulate because all money transfers are verified by most networks and not by a single authority (for example a bank). Moreover, this network is decentralised; it exists on computers all over the world and it is almost impossible to manipulate it.

Bitcoin Cash – is it worth it?

Many people wonder if it is worth buying Bitcoin Cash. In the opinion of market observers, it is a great crypto solution both in terms of usability and investment. Knowing the cryptocurrency market and buying BCH at the right time is a good way to earn extra money. On the other hand, technologically advanced solutions make it much better to buy products and services than BTC. All transactions (purchase and investment) made at BCH are booked much faster than at BTC. It is a safe crypto that is worth having in your investment portfolio.