Bitcoin Cash: Highway to Hell or Stairway to Heaven? 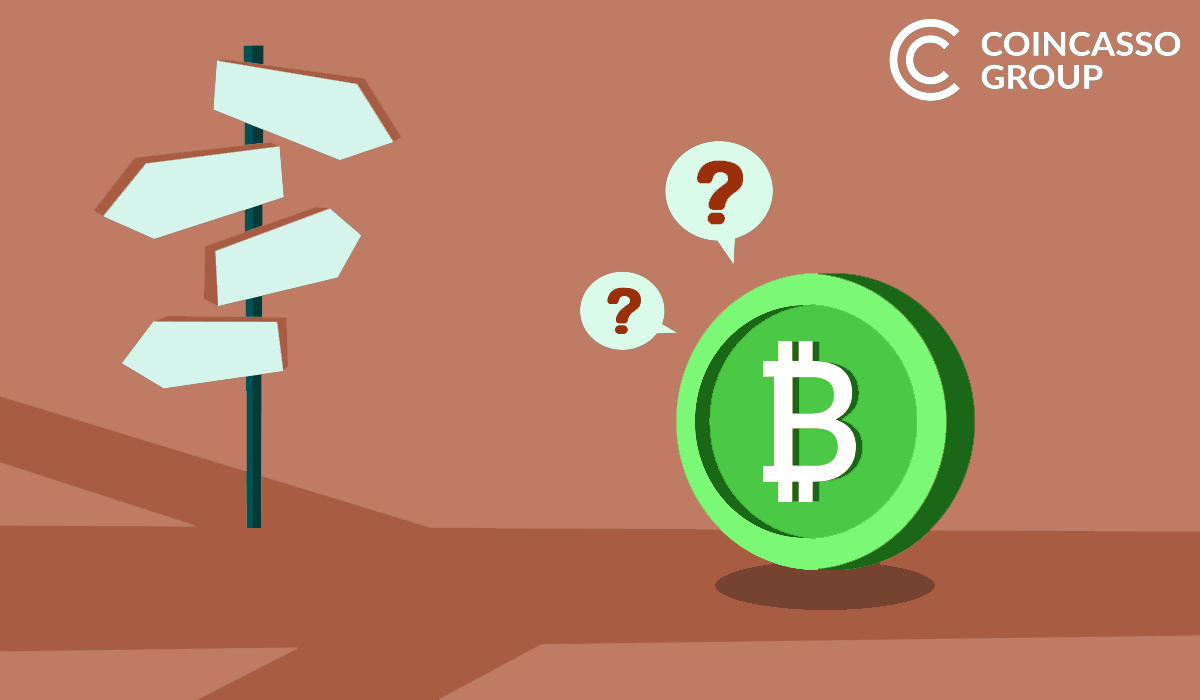 From the group of new cryptocurrencies on CoinCasso Exchange, we have already described Litecoin and Dash. This time, we will take a closer look at Bitcoin Cash, which is currently ranked in the top 10 at the market capitalization ranking. Ready? Let’s go!

Bitcoin Cash price reached its all-time high in December 2017, when it hit about 4100 USD. By April 2018, it went down to around 600 USD. In December 2018, it was close to dropping down to 80 USD, which means that just in one year, its price decreased by about 50 times! The reasons of decrease are the following: overall crisis at the cryptocurrency market in 2018 and Bitcoin Cash’s hard forks in the autumn same year. Recently, in 2019, the price of Bitcoin Cash remains at a similar level and is equal to around 150 USD.

Bitcoin Cash was created on August 1, 2017, as Bitcoin’s hard fork on block 478 558. Bitcoin Cash’s symbol is BCH or BCC, and sometimes XBC is used – in order to meet the international currency code standards.

Bitcoin Cash is a cryptocurrency based on peer-to-peer technology. It is based on the same idea as Bitcoin – it aims to be a digital form of payment. Overall, Bitcoin Cash was based on Bitcoin but with an aim to have improvements ensuring development and scalability. It is claimed that Bitcoin became too much a speculative form of currency instead a form of payment, and BCH aims at solving this problem. Roger Ver, the well-known cryptocurrency investor and active Bitcoin Cash promoter said: “I think we need to create an economy that is actually based on using digital currencies as currencies instead of just a bunch of speculators speculating.”

The total supply of Bitcoin Cash is the same as Bitcoin’s one – 21 million. At the time when we publish this article, its circulating supply is also very similar to BTC supply and is equal to about 17,5 mln BCH.

Like “the king of crypto”, Bitcoin Cash is based on Proof-of-Work consensus algorithm. Like Bitcoin, a new block is dug every 10 minutes. The prize for digging Bitcoin Cash is currently equal to 12.5 BCH and will decrease as in the case of Bitcoin. BCH uses the same algorithm as BTC: SHA-256.

Firstly, in Bitcoin Cash there is a larger block than in Bitcoin – 8MB (in BTC 1 MB). Bitcoin Cash was designed to speed up transactions. What’s more, the fees in Bitcoin Cash are lower in comparison to Bitcoin. Going further, a new type of transaction signatures has been introduced – SigHash, which provides replay protection, increases the security of hardware wallets and eliminates problems with hashing. In Bitcoin Cash, there is different Difficulty Adjustment Algorithm (DAA), which causes that the difficulties occur every 10 minutes as opposed to 2 minutes in the case of Bitcoin.

Unlike Bitcoin, Bitcoin Cash has decentralized development, which means that many independent teams are involved in the development of it. Another feature of BCH is OnChain scaling – the 8 MB blocks are a subject to be modified in the future, and the scalability refers to the main chain of BCH, as opposed to Bitcoin, in which there are additional side chains.

The difficulty of mining BCH is lower than in the case of Bitcoin. Various excavators, such as Antminer S7, are used for digging, which are more efficient than the GPU.

As we have stated earlier, Bitcoin Cash is a hard fork of Bitcoin. However, it possesses also its own hard forks. They are relatively young, as BCH faced a fork just a few months ago. On November 16th, 2018, Bitcoin Cash was split to Bitcoin SV and Bitcoin ABC. The latter price graph on CoinMarketCap was merged with BCH because a majority of exchanges are using the Bitcoin Cash (BCH) to refer to the Bitcoin Cash ABC implementation. See the price of BSV below (currently ranked in top 15 at the market capitalization ranking).

Bitcoin Cash is definitely a very appealing project, and that’s why we are going to list it on our cryptocurrency exchange. It is predicted to be a decent long-term investment, and it is an interesting alternative to Bitcoin. It enables faster and cheaper transactions, uses different DAA algorithm, possesses higher, scalable block, and reduces problems with hashing thanks to innovative SigHash feature. We strongly believe in the success of this project. BCH, push gas to the metal!