A Deeper Insight into the Future of Cryptocurrency | CoinCasso Exchange

A Deeper Insight into the Future of Cryptocurrency 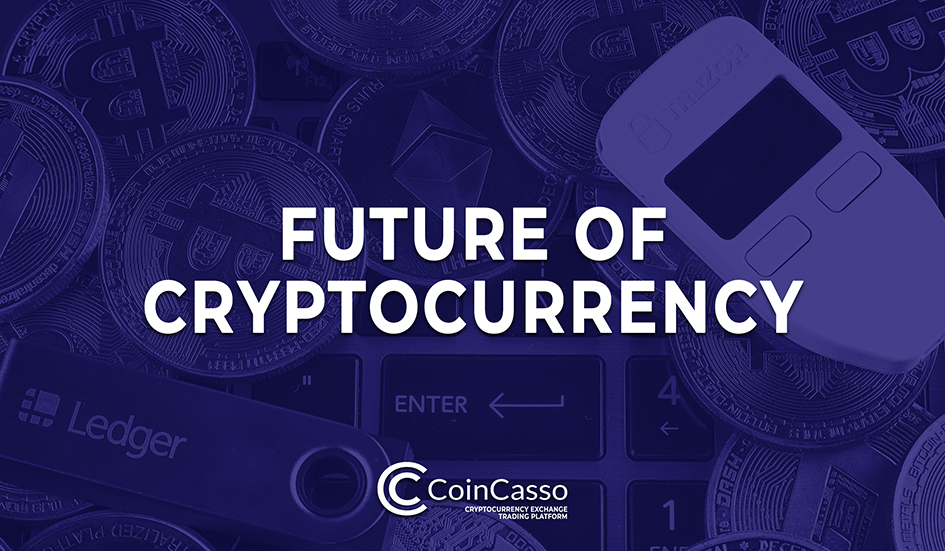 As Bitcoin is getting higher over and over again, experts are sure about the dramatic and promising future of cryptocurrency. Even, Morgan Stanley Investment Management’s chief global strategist has also ascertained that things will be changing in the near future. Considering the constant growth of Bitcoin, experts are predicting that it might become a global reserve currency and replace the dollar prevailing today.

Nowadays, cryptocurrencies and blockchain technologies have become the essence of time. But, what has to be considered are the speculations that are constantly going around. One of such facts is that crypto assets are capable of acting either like useful means of payments or useful hedges. They are not as easy as people would think. They also need some extra efforts to bring out the benefits as per the expectations.

Considering the demand for a direct payment and non-intermediated asset, experts are sure that crypto could be a good option with such requirements. Stablecoins, crypto assets associated with dollars, bring themselves into the spotlight by claiming to provide interest over time. They are perfect for people who are searching for the options to transfer a dollar-denominated asset. They also expect them to have some features of cryptos as well.

Cryptocurrency In The Future- Evolution of Bitcoin

Based on the prevailing market conditions and increasing demand of cryptocurrencies, particularly Bitcoins, analysts have predicted a big change in the financial world. They expect to see this financial commodity entering the U.S. market. Furthermore, crypto could be seen floating on the Nasdaq, which would make blockchain more credible and worthwhile. The best part is that it can be used as an alternate for conventional currencies. Some analysts have also predicted that crypto assets just need ETF, a verified exchange traded fund, to trade in the crypto world. This way, more and more people would be interested to buy this cryptocurrency.

Considering the fact that Bitcoin has attained a new high recently, there could be a visible change in the financial world in the near future. 2030 is the nearest where the experts have gone to predict the future shape and scenarios for Bitcoin trading. They used to follow the trading patterns and thus, have managed to predict the industry’s situation for other cryptocurrencies. There have been a lot of speculations and predictions regarding their performance. Moreover, a gamut of Bitcoiners have also talked about some potential scenarios. These potential scenarios explain Bitcoin’s journey from being cataclysmic failure to a shining star or the moon.

Futuristic Scenarios for Bitcoin- From Bullish to Bearish.

Strives to be a digital gold

Peter McCormack, the podcast’s host ‘What Bitcoin Did’ predicted this scenario to be high in probability. This trends-continue scenario knows where it is going and how people can utilize it for their benefits. It lets them get into a network while enables Bitcoin to reduce the wealth gap.

Being strangled in regulation

Just like India and Nigeria, the rest of the world is expected to be cracking down on cryptocurrencies and blockchains. However, there have been a lot of financial regulatory bodies across the country. All of them are aimed at imposing restrictions on the cryptocurrency investors. For instance, if India outlaws crypto, traders can move to another country whenever they want. The aim is just to grow crypto business.

Reserve currency of the internet

This scenario is referred to as a compromise situation where a lot of people find themselves unable to handle Bitcoin blockchain trading. Here, the major approach is, most of the people do not understand that while the currency remains same, products or buys differ from one user to another. Their user experience tends to be completely different. With that being said, their results or outcomes from investment in crypto assets would be different.

Galdstein, from Human Rights Foundation thinks that governments have found out from clever and quick ways to fight Bitcoin. Many of them have planned to stop people from dealing in the exchanges. They are targeted towards blocking traders from withdrawing the funds they have earned from the cryptocurrency world. As an alternate, the government is already taking measures to bifurcate Bitcoin into such versions that are regulated by authorities under the government’s supervision. These later on become loose, leading to the creation of free Bitcoin and black market Bitcoin. Under these conditions, the Black market Bitcoin is valued higher than those Frozen ones in the exchanges.

When it comes to evaluating future of cryptocurrency, the performance and value turned out to be important. To evaluate the two elements for this cryptocurrency network after 10 years i.e. 2030, a different criterion has been applied. Instead of the supply-to-demand ratio, the analysts have started to consider the adoption rates of both BTC and blockchain. Considering the fact that around 90% or 21 million of the coins are mined already, things have drastically changed.

To get into more details, let’s conduct the fundamental analysis. It involves hashrate, number of active BTC address, security of data and liquidity metrics to evaluate the growth of the adoption rate. Just like the primary development in the internet, BTC offers a peek at the shift initially. It works well in the global digital economic conditions.

Based on the current scenario, on-chain metrics are supporting this blockchain and helping investors to buy currencies. Analysts expect that the crypto industry will see a mass adoption of BTC over the time period of 10 years. Here, the worth considering fact is that the future of digital currency world is quite bright and fruitful. Other cryptocurrencies, except for Bitcoin, can also create their unique place and experience a big rise in their value. Analysis explain that the price of Bitcoin would be pushed to $1,000,000 or even higher by 2030.

Contrary to the analysis done for the evaluation of the value of Bitcoin by 2030, experts are unsure about how would Bitcoin perform by 2050. Analysts still need to gather some information on the market situations in order to evaluate the value and performance of this cryptocurrency in the future.

Since 2010, Bitcoin has been declared dying or dead almost 390 times. There have been a lot of fluctuations in market conditions that caused its value to fall down. However, 2020 has proved to be a good year for its growth as Bitcoin was reported dying or dead just 11 times.

Which Cryptocurrency will rise in future? Crypto assets prediction

Except for Bitcoin, the U.S. market is expected to see rise in a number of other cryptocurrencies as well. The industry may possess a huge range of these currencies with the surety that they would not disappoint the traders.

Since these types of currencies are related to the blockchain technology, analysts have to consider the crypto transactions being locked within the data ‘blocks.’ As soon as these cryptocurrencies get popular, there would be a major change in bitcoin transactions. It eventually gives rise to the transaction fees. Most of the traders were not happy with this condition and this is when Bitcoin Cash was developed. It contains blocks that can store a huge amount of data to facilitate in more frequent and faster transactions.

This digital currency is developed for people who are new and struggle to understand how blockchain technology works. It requires users to create a system of raw computing power and specialized hardware for its mining.

Considering the decentralized money conditions, Ethereum is one that has taken a step ahead. Its aim is to make the internet decentralized with its global system of nodes against the servers. It is a software platform blockchain technology where traders are able to deal or exchange with Ether.

There are many more cryptocurrencies that may find themselves in a better position than what they are today. Traders can know about them as per their interest, which is different from one trader to the other. In other words, investors will make the future of cryptocurrency more dependable with optimum security and protection.