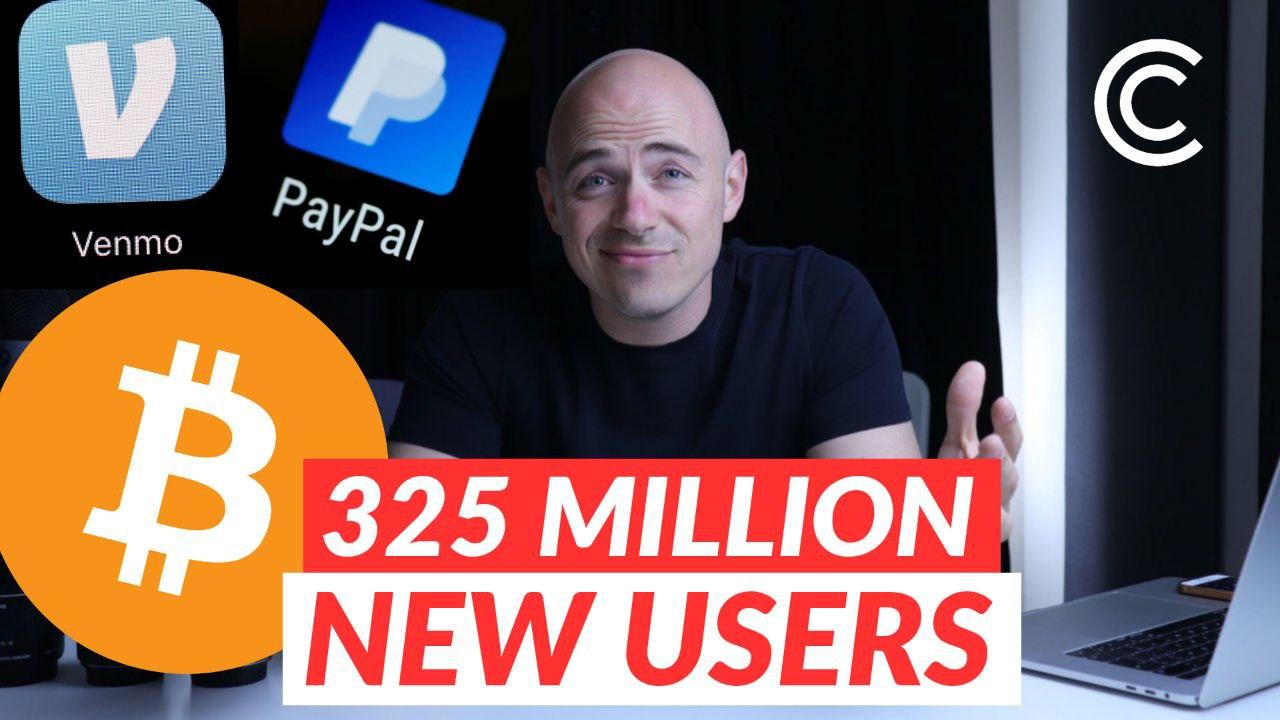 In today’s article we talk about the last time Bitcoins volatility was this low we went on a rally of $2,000. Next we talk about Vanguard and how they tested their digital backed Securities in 40 minutes and it is highly possible that you will be able to buy Bitcoin on PayPal and Venmo. So sit back, relax and enjoy the show.

So let’s jump into the tradingview and do a little bit of analysis on the one day chart of Bitcoin. Now if you’ve watched my videos in the past, I’ve drawn this line here at $9,300. It has been the most consistent price of Bitcoin over the last year meaning that it’s hit this point several times and used it as resistance and support more than 55 times. 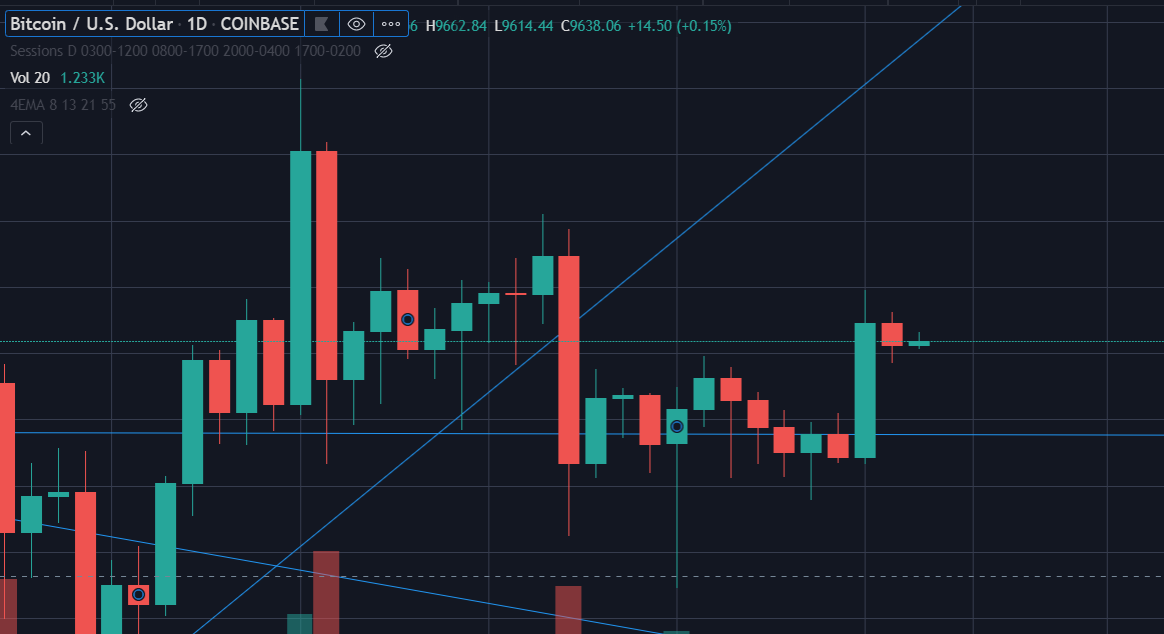 So once we broke out of this ascending Channel by tanking down right here, we’ve been playing along this $9,300 barrier pretty nicely which has been incredibly boring for Bitcoin. But two days ago, we saw a beautiful spiked up from 9300 almost hitting $9,800. My assumption that it was going to correct back down about 50% and then hopefully just do the nice zigzag and go straight back up.

Now one of the best indicators that I like to use Use these the 4 EMA and that is the 8 13 21 and 55-day moving averages. 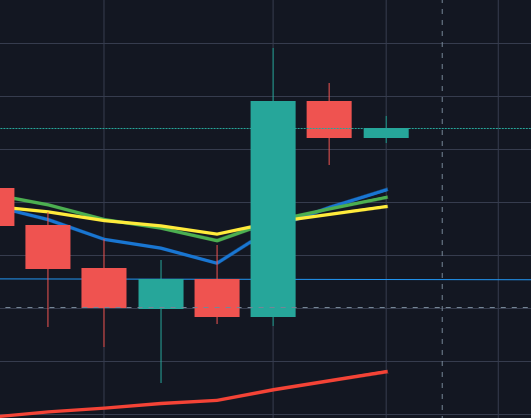 Now no trading strategy or indicator is completely 100% spot-on, but statistically this is about 80% accurate. 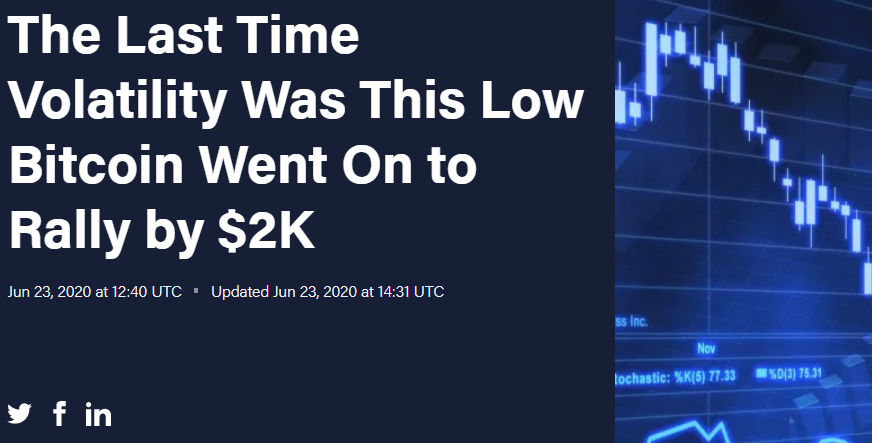 For the fifth straight week, bitcoin is locked in a low-volatility squeeze similar to one seen ahead of a sudden $2,350 rally in October 2019.

While the cryptocurrency has leapt over 4% in the past 24 hours, prices still remain trapped between $9,000 and $10,000. In fact, the top cryptocurrency by market value has spent the better part of the last two months trading in that narrow range, according to CoinDesk’s Bitcoin Price Index.

A prolonged period of low-volatility consolidation often paves the way for a big move in either direction, according to technical analysis theory. That’s what happened in four days after Oct. 17. The cryptocurrency suffered a minor drop from $8,000 to $7,300 on Oct 22-23 only to rise sharply to $10,350 by Oct. 26. Essentially, prices rallied by $2,350 in the nine days following the volatility gauge’s drop to 0.08.

Over the past two years, there have been a number of instances where a below-0.10 reading on the bandwidth indicator marked a sudden explosion in volatility.

The sudden upswings in prices seen in early January 2020 and April 2019 were both preceded by a drop in bandwidth to below 0.10.

It’s important to note, of course, that prolonged consolidation only promises big moves, and does imply anything about the ultimate direction of prices. In the past, bouts of low-volatility trading have ended with big price slides, too.

So, if history is a guide bitcoin may well break out of its restricted trading range over the next few days.

While the future direction of prices is uncertain, with central banks taking unprecedented steps to counter the coronavirus-induced recession with massive stimulus packages, the fundamentals may be aligned in favor of a big bullish move.

Further, investors look to be adding bets to position for a rally in the cryptocurrency, according to options market data.

“The Chicago Mercantile Exchange appears to be stepping up its options presence as we’re seeing some larger orders come into the market with mainly call buying from 11k-13k one to three months forward,” said Chris Thomas, head of digital assets

The full life of a digital asset-backed security (ABS) on a blockchain can be settled in 40 minutes versus the 10 to 14 days it would take in a paper-based setting.

That was the outcome of a pilot first revealed June 11 by mutual fund giant Vanguard in partnership with blockchain startup Symbiont, Citi, BNY Mellon, State Street and an unnamed ABS issuer.

The goal of the project: to see if the decades-old Wall Street practice of repackaging contractual debt – be it car loans, mortgages or credit card debt – into bonds sold to investors, known as securitization, can be simplified.

“The overall goal is to make the car more affordable to more people,” Warren Pennington, the head of Vanguard’s Investment Management FinTech Strategies Group, told CoinDesk in an interview. “Give ABS issuers more liquidity so they can reinvest in their business, in new car loans, and help make the market for cars more efficient.”

While the pilot didn’t involve a real-world transaction, Vanguard oversaw a process that included several moving parts: packaging car loans into a special purpose entity that houses them, pricing through multiple different parties and an investment bank, working with a trustee to take care of the entity and the custodian to hold the asset and providing information to investors who want to buy or sell based on that information.

In a real-world transaction, the ABS issuer would figure out how to package loans based on loan level detail, and to work with investment banks on temporary and permanent financing. Lawyers would also have to oversee the creation of the entity.

“Every step of the way it’s very manual, it’s very disjointed,” Pennington said. “There’s a loss of information along the way. Investors would like to be able to see as much of the detail as they can behind the ABS.”

Smith said Citibank acted as the investment bank, taking the issuance and distributing it directly to the investor, which was Vanguard. The custodians in the pilot, BNY Mellon and State Street, allowed smart contracts to execute autonomously and used a multi-signature approach to confirm the transfer of the instrument. Each of the financial institutions also operated a node on Symbiont’s Assembly blockchain to ensure consensus.

Overall, phase one of the pilot included creating a new digital ABS issuance and recording the entire lifecycle of the security. Symbiont doesn’t tokenize securities; rather, it focuses on issuing securities that are native to blockchain.

When the next ABS issuer that Symbiont is integrated with is ready to issue a security, the company plans to go into production with the product, said Symbiont CEO Mark Smith.

“The limiting factor at the moment is the cadence of the issuer,” he said. “This particular issuer may not have another issuance this year. We have other issuers in the pipeline and the speed in which we can get them onboarded and to be able to do a live transaction will be dependent on their ability.”

While Vanguard is one of the major asset managers working with Symbiont, Smith couldn’t comment on whether the mutual fund giant or another financial institution would be leading the live transaction.

“There’s an opportunity to extend this out to the origination of the actual loan,” he said. “Then it’s a matter of collecting the digital loans and wrapping them into an entity.”

Vanguard has been working with Symbiont since 2016 and first put the startup’s Assembly blockchain into production in February 2019 in a data distribution project for passive index rebalancing, Smith said. (Assembly is powered by the BFT-SMART consensus algorithm, a solution the company says is more private and has faster transaction times than the Bitcoin blockchain.) The project allows index data to move instantly between index providers and market participants.

Symbiont is also developing a trading platform with Vanguard to lower transaction costs for the $6 trillion currency market. (The digital ABS pilot was the first time Symbiont had worked with State Street, a custodian bank that’s currently researching digital asset custody but has pivoted from re-plumbing the back office with distributed ledger technology.)

In the digital ABS pilot, the participants did a “shadow issuance” of a real asset-backed security, Smith said.

In past efforts prior to this month’s announced pilot, Vanguard had already created a digital ABS on blockchain and moved cash between participants on-chain.

Yesterday, it came to light that crypto functionality may come to PayPal and Venmo. If true, as substantiated by three anonymous sources and indicated by an open position for a senior blockchain research engineer, 325 million users would be able to buy and sell crypto.

“If it does happen, it has the potential to be the biggest crypto on-ramp ever,” Mati Greenspan, founder of Quantum Economics, told Blockchain Bites.

It’s an interesting time to consider rolling out direct sales of crypto, which could happen within three months, according to a source cited in the original story.

Amid the COVID-led market turbulence, crypto has emerged as a relatively safe bet for investors. As CoinDesk First Mover reports, crypto has tracked traditional assets like the S&P 500, while also recording an
approximately 30% gain year to date. This performance in a global rut led JPMorgan analysts to conclude crypto is here to stay.

“Now that the blockade has been busted and everyone who wants to can buy bitcoin, there’s not much point boycotting it,” Greenspan said. “May as well make a few bucks on your way out.”

Questions remain. “I am waiting to see how this will be executed,” Ouriel Ohayon, CEO of ZenGo, told Blockchain Bites. “Will PayPal give customers control to move their cryptos outside of PayPal? Will their fee model be friendly? Will they have a wide choice of crypto assets to buy and sell?”

Perhaps most important is whether bitcoin’s success will lead to PayPal’s demise.

“We can only assume that the reason they haven’t done it until now is because bitcoin has the potential to render their service useless,” Greenspan said.